After two days of expeditious packing, one oil change, one lovely send-off brunch and two bon voyage parties, I’m waiting for the movers to arrive.  The overwhelming feeling I have is one of gratitude. How lucky I am to have so many kind, keenly intelligent, curious, adventurous friends in this town.

Friends from all stages of my life — when I moved here, I was 22 and didn’t know a soul in Denver.  I’d never had a “real job” and immediately interviewed and was hired as a director of an educational center called Score!. My co-workers and I worked our tails off teaching kids every day and in the midst of our overworked, passionate state, built relationships with each other. (For reference, there were three marriages amongst the 10-15 or so directors in our region. Yeah.)  Our careers and lives since then have taken many directions, but the bonds remain. Aaron, Jen, Ronnie, Billie, Jeff — BBFU forever.

At 26 I decided that if I was going to go to grad school, I wanted to be done with it by 30. (The number was arbitrary, I think it just sounded good to me at the time.) After spending undergrad with my nose in Tolstoy/Aristotle/Ginsberg/Kant/Herodotus, I decided it was time to get practical and get some business skills. The Values Based Leadership MBA at the University of Denver turned out to be the perfect answer to my ongoing existential crisis about whether or not a for-profit business could do good with a capital G.  It turned out that Professors O’Toole, Seawell, O’Brien, and many others had an understanding of what it means to truly lead and inspire others – and yes, I learned accounting and finance along the way. (Oh, and I learned how to sail in the British Virgin Islands with my VBL classmates and the rockstar women of the first all-female America’s Cup team. DO THAT.) 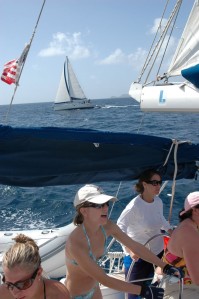 At the helm on race day!

The friends I made in grad school are too numerous to name – you guys know who you are! SO many fun nights and not-so-fun group meetings, but generally — just WAY too much fun. Those friendships and connections have carried me through the last five years of job changes, travel/yoga/bike adventures (Jane!), a few breakups/makeups and then, of course, the requisite patio beers at Vine Street.

My sister, Kate, also moved to Denver for grad school, and we forged an awesome adult friendship and were even roommates for a couple of years. (With a social contract for cleaning responsibilities, which helped keep that friendship intact.) We were pretty good at cleaning, exceptionally good at shenanigans, and terrible at climate control. One of my favorite weird memories of our little house on Clarkson and Jewell is when we refused to use the heat. We were poor grad students, but also California girls who had NO clue it wasn’t exactly smart to keep the house, and the pipes, at 47 degrees. We’d be doing schoolwork at night on our laptops and I’d look over at Kate – wearing two pairs of fuzzy pants, a fleece and a sweater, fingerless gloves, a scarf and a beanie. (Kate, correct me if I’m missing anything.) The pipes, miraculously, never exploded. Landlord Kent (affectionately known as Kent-a-lope) sure dodged a bullet with that one. 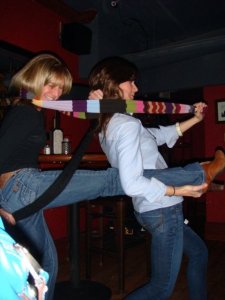 So for now, this episode of my life in Denver winds down to an end. It’s been fantastic. I will miss all of my lovely Denver people! Well, until I come back in late 2013 or 2014. Let’s not get tooooo melodramatic.

Oh, and since starting this post I moved out of my apartment, and drove to Southern California. I drove into the sunset for hours last night. Literally. I chased the sun, and eastern Utah was the most beautiful I’ve ever seen it. A riot of red-orange canyons and then pink-purple skies, and breathtaking until my retinas started aching.

So here’s what my Denver life looks like now, all neatly bundled and stacked: 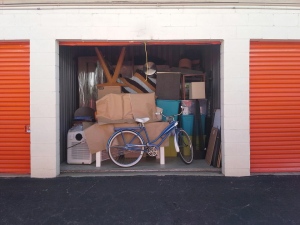 my one bedroom apartment.

Now, I have a few days with my parents in my (shockingly spring-green and warm) hometown of Redlands, CA, to decompress and get ready. I think they finally believe I’m actually going to Thailand, now that I’ve unloaded a car full of extra sunscreen, mosquito repellent, and the indestructible Gregory backpack.

Which means — next post is Thailand!! And because Jack Kerouac expresses the particular bittersweetness of moving down a road better than I ever could, here you have it:

“What is that feeling when you’re driving away from people and they recede on the plain till you see their specks dispersing? It’s the too-huge world vaulting us, and it’s good-bye. But we lean forward to the next crazy venture beneath the skies.”

See you all on the other side!